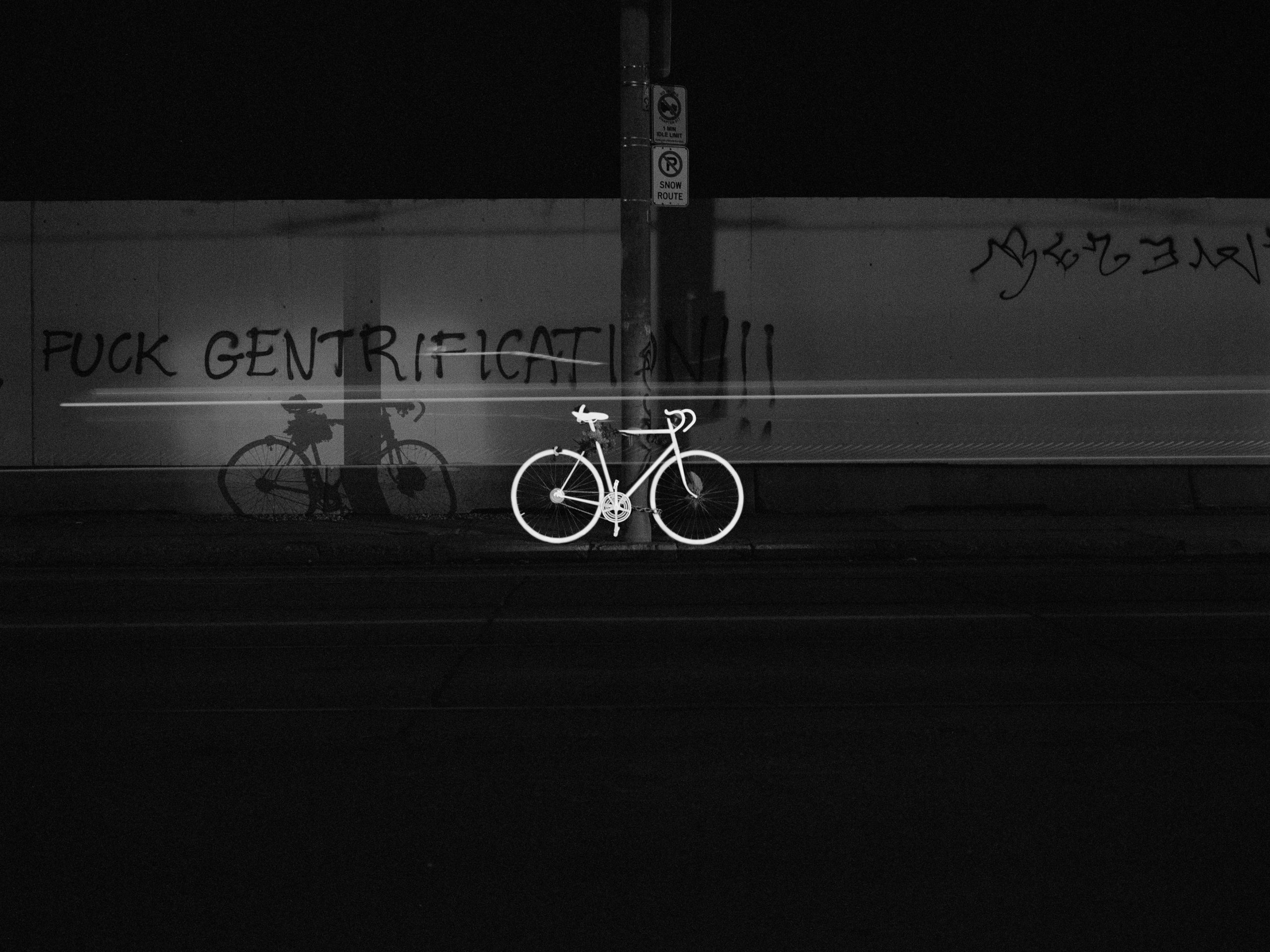 Everyone Rides a Bicycle in Heaven

Everyone Rides a Bicycle in Heaven is a documentary project highlighting cycling fatalities in the city of Toronto. The work centers around memorial ghost bikes and other memorial forms installed near sites of cycling fatalities. These roadside shrines are placed either by the cycling community or by family and friends of a loved one but most sites lie unmarked today since these installations are considered temporary by the city. Using the memorials as a motif for fallen cyclists, the project weaves a thread of continuity between the past and present, making visible the collective acts of mourning, remembering and forgetting.

Intended as a visual elegy, Everyone Rides a Bicycle in Heaven attempts to give light and form to tragedies that are often overlooked or considered inevitable, given the lack of cycling infrastructure and equity on our streets. It calls on the viewer to reflect on the nature of our city and our place, or lack of, in it. Lastly, the project honours the resilient work of the people behind Advocacy for Respect for Cyclists, the mainstay behind the commemoration and installation of ghost bikes for cyclists killed in Toronto.

Everyone Rides a Bicycle in Heaven 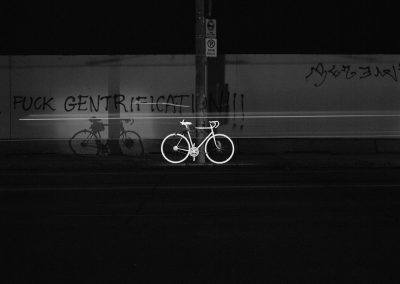 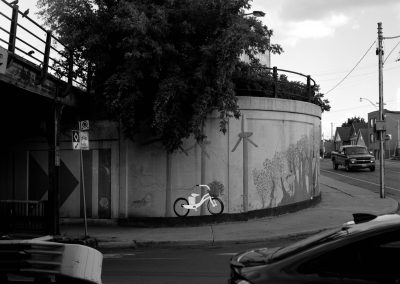 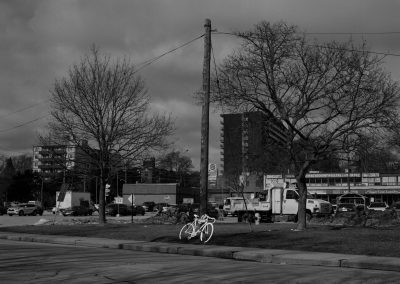 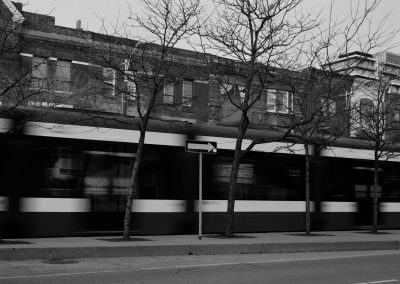 Tenzin Dorjé is a photographer of Tibetan descent currently based in Toronto. His works primarily focus on the relationship between people and their built environments. Prominent themes in his works revolve around notions of faith, place and memory.

His latest project as part of the Documentary Media MFA program explores death, grief and the memorialization of fallen cyclists in Toronto. Using the twin capacities of the camera to subjectivize and objectify reality, Dorjé attempts to give light and form to tragedies that are often overlooked or considered inevitable, given the lack of space for cyclists in the city.