Bruno Lessard is Associate Professor in the School of Image Arts at Ryerson University (Toronto), where he also serves as the director of the Documentary Media MFA program. He is the author of The Art of Subtraction: Digital Adaptation and the Object Image (University of Toronto Press, 2017), and co-editor of the collection Critical Distance in Documentary Media (Palgrave Macmillan, 2018). As a photo-based artist, Bruno has focused on changing urban landscapes in Canada and China, and he has sought to revive night photography and abstract photographic practices within a documentary context. 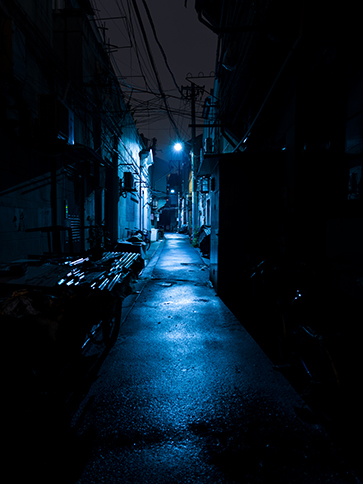 Containing over 60 photographs, the series was shot at night in 2015-16 in four Chinese megacities: Shanghai, Beijing, Chongqing, and Guangzhou. Inspired by Brassaï’s seminal Paris la nuit [Paris by Night] (1933), “China by Night” focuses on three elements in Chinese urban environments: urban villages where migrant workers live; the juxtaposition of the old and the new denoting urban China’s ongoing transformations; and the visual archiving of older parts of town.