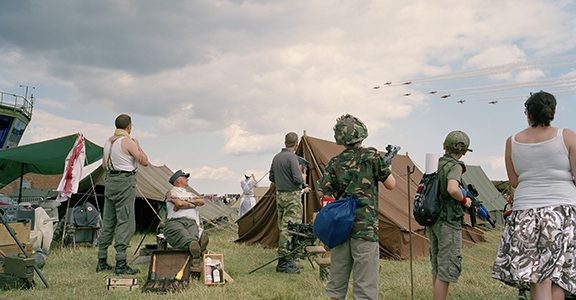 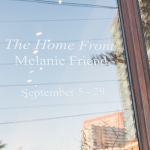 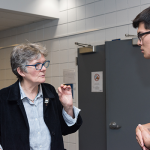 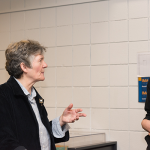 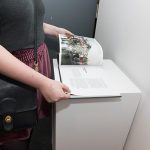 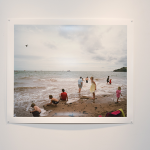 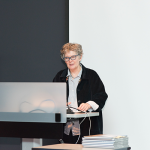 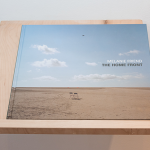 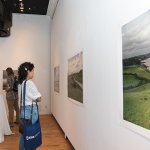 Presented in two gallery venues, Gallery 310 and Ryerson Artspace at the Gladstone, Melanie Friend’s The Home Front explores links between militarism, marketing and entertainment, with a particular focus on public air shows that take place in the UK at Royal Air Force (RAF) bases and in the skies above seaside resorts. Beaches are temporarily militarized by the fleeting screech of contemporary fighter jets such as the Tornado (in recent years deployed in Iraq and Afghanistan) interwoven with displays by WWII “warbirds” such as the Lancaster bomber. The work aims to inspire reflection on the normalization of war in UK culture. Air shows are a “fun day out” for the family: on the ground at RAF bases, tank rides are offered and armed forces’ recruitment drives afford children an opportunity to indulge in their fascination with guns. In David Gee’s independent report “Informed Choice: Armed Forces Recruitment Practice in the United Kingdom” (cited in Stephen Armstrong, “Britain’s Child Army,” The New Statesman, February 5, 2007), Colonel David Allfrey, head of the army’s recruitment strategy, once remarked: “It starts with a seven-year-old boy seeing a parachutist at an air show and thinking, ‘That looks great.’ From then the army is trying to build interest by drip, drip, drip.” The Home Front was nominated for the Prix Pictet award in 2013 & 2014 and The Home Front publication (Dewi Lewis Publishing in association with Impressions Gallery, 2013) was nominated for the Deutsche Börse Photographic Prize 2015.

The Home Front first opened in 2013 at Impressions Gallery, Bradford, UK, curated by Pippa Oldfield. This selection of works, presented in two Toronto venues, was curated by Anne Massoni, Photography Program Director at the University of the Arts in Philadelphia, Pennsylvania. The Toronto presentation is organized by Katy McCormick, Associate Professor, Photography Studies, Ryerson, with support from the Documentary Media Research Centre (DMRC), the Documentary Media MFA Program and the School of Image Arts, Ryerson University.