“This film is a purposefully unsettling but ultimately encouraging global overview of efforts by activists to push back against corporate polluters and ameliorate climate change.” (Joe Leydon, Variety)

The screening was followed by a discussion with Avi Lewis, one of Canada’s most controversial media personalities. As a local news reporter, music television host, debate show, moderator, documentary filmmaker, and public speaker, he has been creating space for more radical voices in mainstream media for 25 years. He is the director of the feature documentary This Changes Everything (2015), inspired by the 2014 book by Naomi Klein. 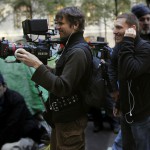 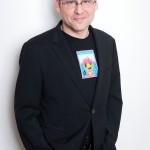 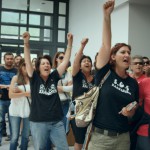 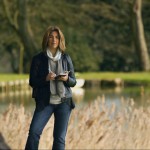 » Screenings » THIS CHANGES EVERYTHING
On July 4, 2017
By Gerda Cammaer

« TORONTO-MONTRÉAL-LILLE: THE INVENTIONS OF LIGHT I CANNOT TELL YOU HOW I FEEL »